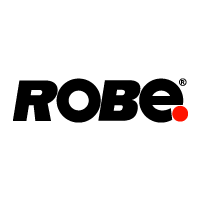 Robe was right at the centre of the buzz at the 2015 Mediatech Africa expo in Johannesburg last week, taking their own stand space for the first time alongside that of distributor DWR, one of South Africa’s leading lighting sales companies. 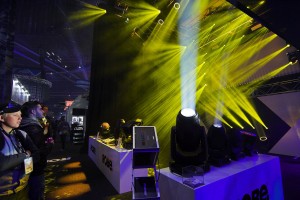 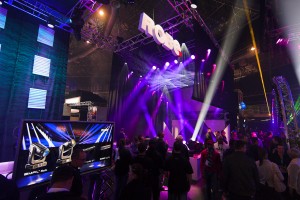 With over 8000 visitor pre-registrations – and at least that many again in additional walk-ups over the three days, together with a massive increase in internationals attending the show – the biennial exhibition for entertainment technology moved up several notches. A host of leading brands, companies and industry associated academies packed the exhibition floor at the Coca Cola Dome in Northgate. This was supported with a full programme of related technical and creative seminars and presentations.

Robe’s CEO Josef Valchar commented, “We have enjoyed great success in South Africa working closely with DWR, and this year, we felt it was time to further endorse the show and underline the importance of the African market generally with our own stand”.

Product demos were running throughout the show with the latest DL4 range fixtures and the PARFect S1 (single chip), optimised for theatre, concert and performance environments and applications.

Robe’s architectural and LED sister company, Anolis, had its own section of the stand allowing Director John Saunders to meet new and potential clients and discuss upcoming projects.

The stand was extremely busy for all three days of the show. The lightshow attracted big crowds each hour and the event rocked with positive energy, great vibes and lots of very enthusiastic visitors working – and aspiring to work – in all areas and sectors of the entertainment and leisure industries!
“This exhibition is very much on the up,” commented Harry, “We made the right decision to have our own booth which had a lot of impact and enabled us to interact with a constant stream of interested high quality people. I was very impressed with the amount of visitors from across the African continent and also much further afield”.

Adjacent to the DWR stand was a separate ‘black box’ demonstration area for “One Man One Light”, where top SA theatre LD Michael Broderick demonstrated the immense range of very subtle, beautiful and dramatic effects that can be produced using just one single Robe BMFL Blade luminaire with a ‘back-to-basics’ creative starting point.

He created the show assisted by performance artist Belinda Henwood (the ‘man’) and choreographer David Gouldie. Originally anticipating around an audience of 20 for each of the four shows a day … in reality over 40 guests rammed into the tiny space each time! The concept was such a success that Michael, Belinda, David … and their trusty BMFL Blade – have already been booked for a slot at the Hilton Arts Festival near Durban in September.

Capping off a brilliant show for Robe was winning a Gold Award for the stand.